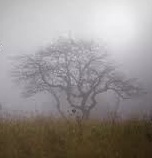 A day of dreaming: daydreaming of nightdreams, visions, visits and experiences, things glimpsed, things seen: perceptions in the landscape, in the mindscape, in the sensescape, coalescing in the not-dream, the half-dream, the suspended waking state of stillness, stasis, when nothing moves for an instant but everything flows like an endless welling-up from the springs of Annwn.

So it was, it all came though nothing moved, nothing changed in time but all was flux in not-time, coming not in a sequence or continuous line but flowing together as one wave from an endless sea ebbing back from the high tide of now to the low tide of forever and turning to flow again all in a moment of rhythmic grace occupying no space but the one glimpsed in a glint of light in a single drop from the splash of water over the rocks.

The way through was clear; the way through was dark. But the memories came out of the not-space between: the owl, the horse, the heron’s wingbeat all in a weave of light and not-light. Birds called out over the sea; the wingbeat sounded over the land, the big wing, the widewing of the long-beaked bird – a sound that was no-sound so faint on the still air, so slight on the breeze, rippling like a river through the sentient world, silent as a salve on the soul.

Is there a way back, and from where? I am here, now; yet still there, then. Time still drifts sideways though less widely as the flow is glimpsed again, moving on, sequencing the world and bidding me join in again. Things run once more in a line. It is time.

View all posts by Greg