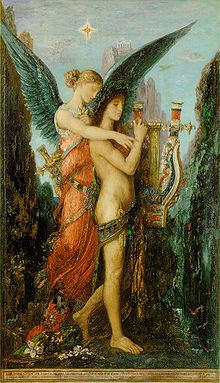 As I am Merlin
And again Taliesin
Eternal my singing
My prophecies unending.

So runs the lines of part of the ‘conversation’ (Ymddiddan) between Merlin and Taliesin in The Black Book of Carmarthen. In what sense can two people speaking to each other be thought of as the same person? The lines have been translated as though they mean ‘I Merlin, and Taliesin before me’. There is, perhaps, room for ambiguity in ‘Can ys mi myrtin guydi taliessin’ and so expanding the lines to make sense of them could, indeed, yield that translation. A note to this line in Jarman’s edition of the Black Book indicates that the reading of ‘guydi’ (modern Welsh ‘wedi’ = ‘after’) is also construed as ‘before’, or ‘in the guise of’ in medieval Welsh.  Consider too the words of Elis Gruffydd from his 16th century Chronicle of the Ages:

Some people hold the opinion and maintain firmly that Merlin was a spirit in human form, who was in that shape from the time of Vortigern until the beginning of King Athur’s time when he disappeared. After that, this spirit appeared again in the time of Maelgwn Gwynedd at which time he is called Taliesin, who is said to be alive yet in a place called Caer Sidia. Thence he appeared a third time in the days of Merfyn Frych son of Esyllt, whose son he was said to be, and in this period he was called Merlin the Mad. From that day to this, he said to be resting in Caer Sidia, whence certain people believe firmly he will rise up once again before doomsday.

The idea that Merlin and Taliesin were the same person in different guises was common enough for Elis Gruffydd to report it. Patrick Ford, discussing of the Taliesin legend in the Introduction to his Ystoria Taliesin, says that the two prophets are “aliases of a single poetic spirit” and hence the same figure appears in Irish texts such as the Senchan Torpeist bard identified as “the Spirit of Poetry“.

But can we identify that “spirit” as a god? Consider this from the discussion of the evolution of the Taliesin legend from Ifor Williams:

Stage 1
Taliesin was one of the old gods of the Welsh mythological tradition who developed a reputation as a bard or as an inspirer of the bardic arts.

Stage 3
The poems, already becoming Christianised in Stage 2, become assimilated to the Christian tradition and lose much of their ‘druidic’ character though retaining an aura of this as part of the bardic ethos.

This legend  developed separately from the poems written to Urien in the sixth century by the historical Taliesin, though they were later confused particularly when bards began to adopt the persona of Taliesin as an inspired awenydd.

So if he was (is) a god, which one? Perhaps the one who entered the shepherd boy in Henry Vaughan’s account of bardic possession in his letter to John Aubrey. If the shepherd lad is a type of the Divine Child and if the ‘ghillie’ of the Irish tale of Senchan Torpeist can also be so construed, is this an appearance, variously of Mabon (<Maponos) or Aengus Og (Mac ind Oc) both epithets of the Divine Child? Or is it, rather, that when the inspiration is breathed into them they become the god that breathes it. The source of the Awen, the divine breeze that blows through the world. 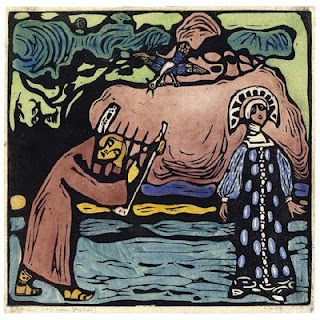 View all posts by Greg

3 thoughts on “Merlin, Taliesin and Maponos”